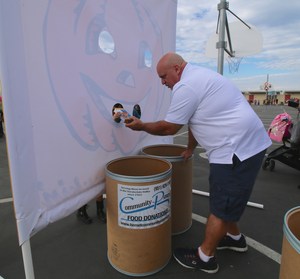 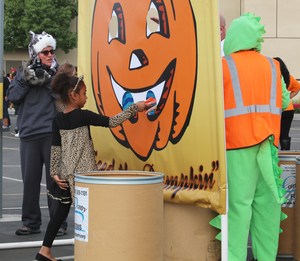 McSweeny students spent the week learning about being drug-free.

McSweeny Elementary School used Red Ribbon Week, October 24-28, as a time to stress the importance of a drug-free life and to give back to the community.

On Friday, October 28, students participated in the Feed the Pumpkin campaign. Approximately 650 cans were donated to the Community Pantry. This amount of food could last up to two weeks and help feed around 150 families. In addition to Feeding the Pumpkin, students also walked in the McSweeny Costume Parade to show off their costumes to parents and staff members. Jim Lineberger, Executive Director and CEO of Community Pantry said he loves the partnership he has created with McSweeny Elementary staff. He continued to say, “It touches my heart when we are able to teach young children the value, importance and benefit to help feed those in need”

Congratulations to McSweeny staff for showing students the importance of a drug-free life, and giving back to the community! If you would like to donate canned food, donation barrels will be set at McSweeny for the month of November.